That said, details on Grand Theft Auto VI are fairly scarce. Since Grand Theft Auto V’s release in 2013, we haven’t heard too much about the next game in the series. That’s probably because Rockstar is doing ridiculously well with Grand Theft Auto Online and doesn’t necessarily want to interrupt the money it’s making with a new single-player game to break focus. Still, eventually the GTA Online train will arrive at the station and we’ll need to switch to GTA VI. Here’s everything we know about the game from leaks, rumours, and other sources.

According to a post on Reddit (which has unfortunately been deleted since it first appeared), Grand Theft Auto VI has been in development since way back in 2012, a year before Grand Theft Auto V was released. Production didn’t actually get underway until 2015, at which point the team at Rockstar was heavily focused on creating Red Dead Redemption 2. Since that game was released, Rockstar has supposedly shifted its focus entirely to Grand Theft Auto VI. This should be taken with a small pinch of salt, since GTA Online is still ridiculously successful.

If it’s true, though, that means development on Grand Theft Auto VI is well and truly underway. Since the seventh console generation, only one Grand Theft Auto game has been released per platform (if we don’t count the re-release of GTA V on eighth-gen consoles and the GTA IV DLC packs, of course). With that in mind, we’re unlikely to see GTA VI appear on current consoles. Rockstar doesn’t have a release date in mind for its newest crime epic if Reddit user JackOLantern1982 is to be believed, but if the game won’t land until the next-gen consoles do, expect to see it in 2020 at the earliest. We’re betting 2021.

JackOLantern1982’s deleted post appears to suggest that Rockstar is targeting a PlayStation 5 and Xbox Scarlett release for Grand Theft Auto VI. This would make sense; if the game is as ambitious as JackOLantern1982 suggests, then next-gen tech would help Rockstar make the best of their new vision. With loading times on both of those consoles supposedly drastically lowered, it’s not unreasonable to expect massive seamless open worlds, and the only way to achieve that would be with new consoles. We probably won’t see the game on PS4 or Xbox One.

That said, don’t rule it out. Grand Theft Auto V launched in September 2013, just before the major eighth-gen consoles landed. It’s likely Rockstar was always planning to release Grand Theft Auto V on PS4 and Xbox One, and the timing of their development process was just lucky. Since the above deleted Reddit post (which GamesRadar thoughtfully saved) says GTA VI will only launch for PS5 and Xbox Scarlett, we’d tend towards believing that. It seems likely that Rockstar won’t want to limit their vision in order to cater for consoles that their respective manufacturers want to discourage people from sticking with for too long.

Given what we know about the graphics tech we can expect from next-gen consoles, you can look forward to Grand Theft Auto VI taking full advantage of that tech. This video of what EA is expecting to do with its Frostbite engine gives you a good idea of where the next-gen consoles are placing themselves in terms of visuals. We already know the PS5 and Xbox Scarlett will both support ray tracing, a rendering technique which generates an image by tracing light in an image plane. The possibilities for GTA and this technology are endless.

Since Grand Theft Auto III, facial animations and character animations have had to make way for a world with the impressive scope and detail Rockstar have always implemented in GTA games. With ray tracing and increased visual memory in new consoles, that won’t be a problem. You can look forward to realistic facial animations, jaw-dropping cities with massive draw distances, and perhaps even multiple different locations with seamless transitions between them. It’s not yet clear exactly how next-gen tech will inform the development process of the new Grand Theft Auto, but we’d be fools to think it’ll look anything less than spectacular.

There are two different sources we can look to when we think about what features Grand Theft Auto VI will have. The first is the above Reddit post. This post details a game in which players will play as a drug lord wannabe in Vice City with access to a new city based on Rio de Janeiro as well. Like Mafia II, the game will span multiple decades – in this case, the 1970s to the 1980s. Grand Theft Auto: Vice City Stories’ drug empire-building element will return, but will also incorporate aspects of Grand Theft Auto Online (unsurprisingly, since the game is so popular).

Another source, the forum Fireden, suggests an entirely different direction for Grand Theft Auto VI. A user posted some “leaks” from GTA 6, none of which can be independently verified or proven. Still, it’s worth looking at. This one suggests there will be four main characters in GTA VI, two police officers and two gang members. It’s heavily influenced by The Wire, there’s a huge amount of dialogue, and the two different sides of the conflict will have different gameplay. The police aspect will resemble LA Noire but with a more straightforward action slant. The crim side will focus on building a crime empire and will resemble “Fallout 4 meets The Sims”. Which one you believe is up to you.

The Most Exciting Leaks

If JackOLantern1982’s information is to be believed, then we’re pretty excited for Grand Theft Auto VI. Most thrilling is the news that the game will potentially take place over two different sandbox cities. Since we got to visit Liberty City in Grand Theft Auto: San Andreas, we’ve been hankering after a GTA game that lets us leave the confines of one city and seamlessly move to another one. This could be the game that finally gives us that ability.

We’re also quite excited at the prospect of being able to play across multiple time periods. When Mafia II jumped time periods near the beginning, we were wowed by how well it made protagonist Vito Scaletta feel like a genuine fish out of water. If Grand Theft Auto VI can pull off a similar thing, it could be very special indeed. The idea of meeting characters again several years later and seeing how time and conflict has aged them is enticing. It’s early days yet, so we don’t know how much of this to believe, but we’re excited nonetheless.

The deleted Reddit post claims that players will take control of a wannabe drug lord called Ricardo. We don’t know if Grand Theft Auto VI will take place in the same universe as Grand Theft Auto V yet, but it’s a fairly safe bet given the phenomenal success of that game. Ricardo begins his life of crime as a humble cocaine smuggler, taking product from Vice City to the new Rio de Janeiro-inspired area. Eventually, you’ll work your way up the ladder and move on to bigger criminal fish. So far, so standard Grand Theft Auto.

There isn’t much to go on when it comes to peripheral characters. There will supposedly be a character called Kacey, although we don’t know what role she (or he) will play yet. If we had to guess, we’d say that Kacey is probably a police officer or someone who needs to stop Ricardo in his tracks. The other most important character besides the protagonist of a story is, of course, the antagonist. It’s also possible that Kacey is one of the other playable characters; rumours have been flying for a while that Grand Theft Auto VI would feature the series’ first major playable female character in a story mode.

The most credible leak – the Reddit post – suggests that Grand Theft Auto VI will take place in Vice City. Given that Grand Theft Auto IV took place in Liberty City and GTA V moved the action to San Andreas, this would be in keeping with the new games being set in the same locations as their PS2-era counterparts. Vice City would certainly be an exciting location to revisit, and if the game is set during the 1970s and 1980s as current rumours suggest, it would make a lot of sense to focus on a Miami-style city.

The exciting thing here is the addition of the new city, supposedly inspired by Rio de Janeiro. Rockstar has some prior form working in this area of the world; a huge amount of 2012’s Max Payne 3 was set in Brazil, with Max working as a private security contractor for a wealthy Brazilian family. GTA VI will flit between the two locations, and given next-gen graphics tech, you can expect both cities to be at least as large as – or perhaps even larger than – Grand Theft Auto V’s San Andreas.

If JackOLantern1982 is right, then Grand Theft Auto VI’s focus will be a mixture of arcade-style gameplay and realism. It won’t be aiming for the same cartoony vibe as Grand Theft Auto: San Andreas – no jetpacks or Area 51-style conspiracies, unfortunately – but it also won’t lean as heavily into realism as Grand Theft Auto IV did. As such, it wouldn’t be completely out of the realms of possibility to expect cheat codes in the game. It’s worth saying that JackOLantern1982 doesn’t mention this at all in the supposed leak, so it’s entirely possible there won’t be any cheats in GTA VI.

With that said, Grand Theft Auto IV and V both featured their fair share of cheat codes, and Rockstar has shown its commitment to creating games that feel like video games. Even Red Dead Redemption 2 has cheat codes, although they’re slightly less conventional than those featured in GTA. People play these open world games so they can explore a massive world distinct from real life, cause mayhem, and generally do things they wouldn’t dream of doing in real life. Cheat codes help to facilitate that possibility, so we’d be very surprised indeed if Grand Theft Auto VI didn’t have cheats. Super jump, anyone?

That’s everything we know about Grand Theft Auto VI right now. Without an official announcement from Rockstar, it’s quite hard to know exactly what we should and shouldn’t think about the game. How credible are the leaks we’ve had thus far? If we were betting folks, we’d put our money on the Reddit JackOLantern1982 leak. We’ve seen leaks like this emerge before, not least for Grand Theft Auto V, and some of them turned out to be accurate. We’ll wait for more concrete information before we pass judgement.

Still, if JackOLantern1982’s vision of Grand Theft Auto VI is accurate, it looks like we’re in for a heck of a ride. Two playable cities, an in-depth crime ring minigame, a personal car that will actually have some sort of gameplay function…Grand Theft Auto VI could have half of the features JackOLantern1982 described and we’d still be pretty happy with it. Rockstar has confirmed that not only is Grand Theft Auto VI not coming in 2019, but we shouldn’t expect to hear anything of the game this year either. We’ll just have to wait and see which of these rumours and leaks turn out to be true. 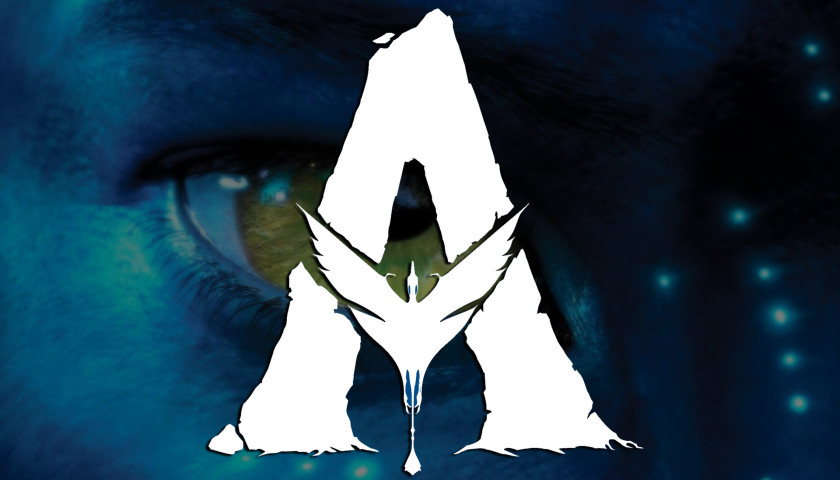 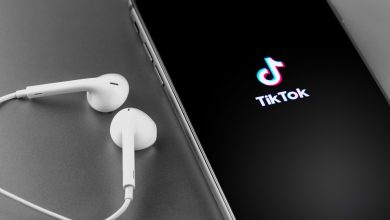 Can You Become Popular On TikTok In Two Months? 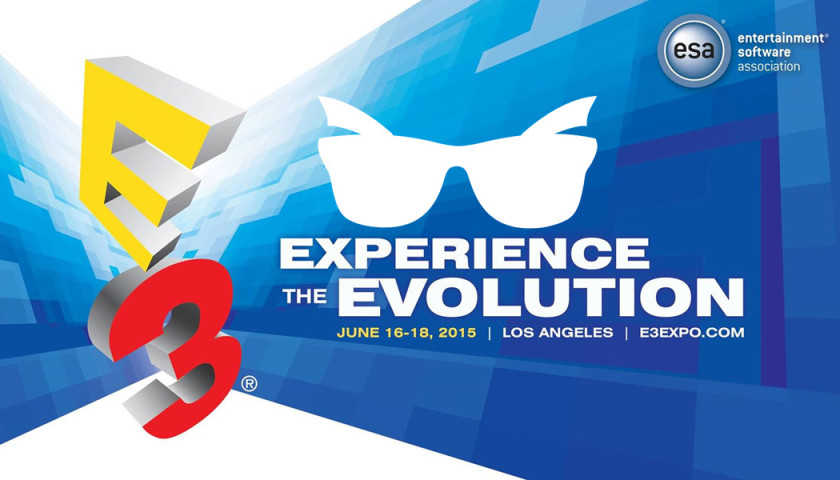