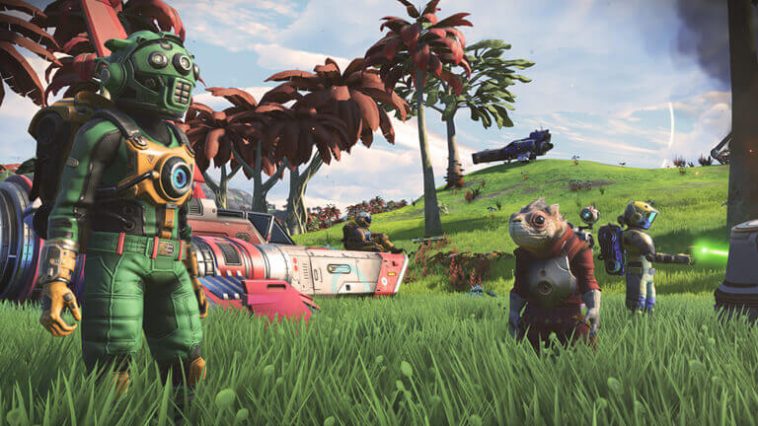 Video games take players on an exhilarating journey through the final frontier. Space games allow players to enter a magical zone from an unearthly environment. If you are looking for some thrilling adventures in space, here is an overview of ten of the best games you might want to play.

Metroid Prime, an action-adventure video game, was developed by Retro Studios. The game was published by Nintendo, and it’s the fifth installment in the Metroid franchise. Played from a first-person perspective, this 3D video game allows you to control the protagonist Samus Aran who has to travel through Tallon IV to look for 12 important Chozo Artifacts. These Chozo Artifacts are key to opening the path to the area called the Phazon Meteor Impact Crater. The player must also collect power-ups that will allow them to reach new areas.

Published by Electronic Arts and developed by BioWare, Mass Effect: Andromeda is an ARPG in which players control either Scott or Sara Ryder from a third-person perspective. The players can determine the first names and appearance of both Ryders. The game starts in 2185 – between the events that took place in Mass Effect 2 and 3. The Quarians and the four Citadel Council races plan to inhabit new worlds in the Andromeda Galaxy, which is part of their strategy known as the Andromeda Initiative. Each race decides to send 20,000 citizens on a 600-year journey to Heleus Cluster in Andromeda aboard their transportation vessel known as Ark.

Played from a third or first-person perspective, this exploration survival video game was published and developed by the British company Hello Games. No Man’s Sky is built around four pillars: Survival, exploration, trading, and combat. In the game, players take the role of the Traveller, a specimen of an alien humanoid planetary explorer. The game begins on a random planet located near a crashed spacecraft on the galaxy. The player will be equipped with a survival suit that has a jetpack. They will also have a multitool that they can use to scan, mine, collect resources, and attack hostile forces.

Kerbal Space Program, a space flight simulation game, was developed and published by the Mexican multimedia company Squad. In the game, players administer a space program operated by a species of green humanoids called Kerbals who have built a spaceport known as the Kerbal Space Center on Kerbin, their home planet. From this space center, the player can create rovers, spaceplanes, aircraft, rockets, and more from the available set of components. You can then launch the craft once it’s finished and try to complete game-directed or player-set missions while avoiding catastrophic or partial failures.

Eve Online is a space-based, persistent state world MMORPG (multiplayer online role-playing game) developed and published by the Icelandic company CCP Games. Players start this game by either creating a new character or selecting a previously created one. When you create a new character, you’ll start by choosing from the four playable races: Caldari, Minmatar, Gallente, or Amarr. Each race is divided into 3 bloodlines that give characters unique pre-defined appearances, which you can fine-tune to your suit your preferences. The playing environment in this game consists of over 5000 star systems and 2500 randomly accessible wormhole systems that take place in 23341 C.E.

Elite Dangerous, a space flight simulation video game, was published and developed by Frontier Developments. It’s the fourth installment in the Elite series and the sequel to the space trading and combat simulator game Frontier: First Encounters. Set approximately 45 years after the events of Frontier: First Encounters, the game allows you to explore a realistic one-to-one scale open-world depiction of the Milky Way galaxy while piloting a spaceship.

Set in the 25th century, Star Trek Online is an MMORPG based on the science fiction media Star Trek franchise. The game was developed by the American company Cryptic Studios. The game takes place three decades after Star Trek: Nemesis events. It’s the first MMORPG within the Star Trek franchise. In the game, players act as the captain of their ship. They can also play as a starship and control the ship’s tactical, engineering, and science systems using a mouse, keyboard, or an on-screen console.

This action-adventure video game was published by Annapurna Interactive and developed by Mobius Digital. Players take the role of an unknown alien space explorer who is preparing for their solo flight. They start exploring a solar system and get stuck in a 22-minute time loop, which resets when the sun goes supernova. Players continually repeat this cycle and gain knowledge that will help them on later loops.

This sci-fi survival horror action-adventure game was developed by Visceral Games, with the publisher being Electronic Arts. It’s the third installment in the Dead Space series and the sequel to the 2011 game Dead Space 2. In the game, Isaac Clarke joins EarthGov Sergeant John Carver and they travel to an ice-covered planet called Tau Volantis to end the Necromorph and Marker for good.

Published by Microsoft Game Studios and developed by Digital Anvil, Freelancer is a 2003 space trading and combat simulation game. It’s a sequel to the 2000 combat flight simulator game Digital Anvil’s Starlancer. The player assumes the role of a spacecraft pilot as they explore planets and space stations of a total of 48 known star systems. 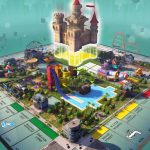 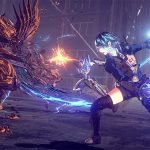