In 2021, console gaming is going to be seariously exciting. Despite some launch hiccups, the PlayStation 5 and Xbox Series X will come into their own this year. It’s arguable that owning a next-generation console isn’t essential right now, but as more and more console exclusives come out, it’ll be more difficult to resist the lure of picking these consoles up. We’re about to run through the best console exclusives arriving in 2021, but a quick caveat first: we’re counting Xbox Series X and S games that are also launching on PC. If we didn’t, the Xbox wouldn’t have a showing here. Without further ado, here are the best console exclusives arriving in 2021.

Let’s kick things off with the Xbox flagship franchise. Master Chief’s adventures will continue later this year in Halo Infinite, and despite a number of setbacks and delays, the semi-open-world shooter is looking sumptuous. Developer 343 Industries has described Halo Infinite as a semi-reboot, meaning it’ll drop some of the baggage the franchise has accrued over the last few years and take things back to basics. That means Master Chief, Covenant, and plenty of exotic weaponry and open-ended maps to enjoy. We’re looking forward to this one immensely.

Insomniac Games has made a name for itself with Marvel’s Spider-Man, but it’s the Ratchet and Clank series that is the beating heart of the studio. The adorable furry Lombax’s adventures with his equally adorable robot pal are always stuffed to the gills with ludicrous weaponry, fluid platforming, and lots of Disney-esque humour. Rift Apart will benefit from the PS5’s powerful hardware by rendering seamless transitions between worlds, and we’re seriously looking forward to seeing how this incredible series takes advantage of that newfound power.

Microsoft Flight Simulator has already hit PC, where it’s become something of a trial by fire in the same way Crysis used to be. When it lands on Xbox Series X and Series S, it’s not clear whether it’ll boast the same visual fidelity as the most powerful graphics cards on PC can muster, but it’s unlikely. However, it’ll still be an absolutely breathtaking simulation experience, and Microsoft also says it’s working with third-party peripheral manufacturers to make joystick play possible, which is exciting. Flight Simulator on a 60-inch TV – now that’s luxury.

Okay, so we’re cheating a little bit here; Deathloop isn’t technically a console exclusive. Instead, it’ll be available only on PS5 for the first year of its release, after which it’ll also hit the Xbox Series X and Series S (and it’ll also launch on PC alongside PS5). Arkane Studios is an old hand when it comes to immersive first-person adventures, so we’re looking forward to seeing how it brings its experience with winding level design to this time-bending shooter. Unlike Dishonored and Prey, however, Deathloop won’t emphasise stealth; instead, it’s espousing stylish combat and slick kills.

Fans of Quantum Break should be looking forward to this one. Twelve Minutes is a star-studded interactive thriller with appearances by beloved actors like Star Wars’ Daisy Ridley and X-Men’s James McAvoy. You play a character stuck in a time loop and forced to watch his wife being accused of murder over and over again. Setups can sell games by themselves, and the one for Twelve Minutes has shades of Ghost Trick: Phantom Detective and 999: Nine Hours, Nine Persons, Nine Doors, which is enough to get us excited. The acting pedigree on display should elevate this one above the average interactive thriller experience.

Technically, Horizon: Forbidden West will also be playable on PS4, but we think the definitive experience for this one will be on PS5. This time around, Aloy will be exploring a world much bigger and more stuffed with secrets than the one in Horizon: Zero Dawn. She’ll also be able to dive underwater, leading to even more opportunities to discover the left-behind technology and stories of the Old Ones who came before her. Of course, you’ll also find plenty more robot dinosaurs to slay. If this is even a shade as thrilling as the original, then it may well be reason enough to pick up a PS5 on its own.

Did you love snowboarding game Amped? Have fond memories of the original SSX? Shredders should scratch both of those itches. Developer I-Illusions is new to the game, but don’t let that put you off; the footage we’ve seen so far of Shredders, which will be available only on Xbox Series X and Series S, points to a loving, well-crafted homage to the snowboarding games of yore. Its developers and Microsoft are promising “high-end graphics, next-gen physics, and a perfect blend of fun and realism”. It’s a multiplayer-focused title, so you’d better pick up an Xbox Live Gold membership!

From the genius, albeit touched, mind of Shinji Mikami comes this first-person action-adventure game all about defeating ghosts with psychic powers. It takes place in a post-apocalyptic Tokyo in which almost all of the inhabitants have disappeared. You must battle an invasion of spirits known as Visitors, all while getting to grips with your new powers and also combating a group of masked strangers who may be the key to understanding what’s happened. Mikami’s The Evil Within franchise was somewhat disappointing, but this looks like it’s getting back to what he knows best: strange, scary, and camp as all heck. 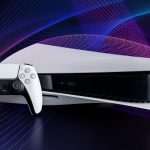 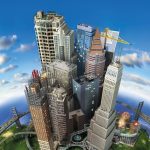