RUMOR DENIED. Only two days ago we published a rumor, guessing Rise of the Tomb Raider PS4 porting was developed by Avalanche Studios. In fact, we found Avalanche’s logo inside the officiale Buy RotTR website’s server. We continued investigating about this rumor in order to find some confirmation or denial and we found two clues which negate it. First of all we found on html code of the website an “ALT Tag” in the main logo and trailer indicating “Just Cause 3“. Secondly, thanks to user @xtralecherus, the Buy Just Cause 3 website is very similar to Tomb Raider’s one. Adding together clues we can conclude that the Avalanche Studios logo was added by mistake of webmaster, which wasn’t good at copying/pasting the website properly.

So, we think PS4 porting is handled by Crystal Dynamics self or by Nixxes, which ported the PC version (but they also have to work for Deus Ex Mankind Divided for PC). Rise of the Tomb Raider PS4 version is coming within this year, maybe during the E3 2016. 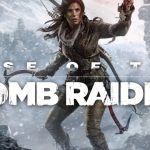 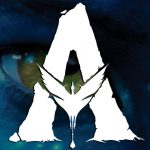